For Pannu and his family, the desert isn’t the Promised Land. It is a desperate place to live. At only 25 years old, Pannu already has a thin web of wrinkles on his face and pain in his eyes. “We are facing the worst water shortage. We are poor people and the high-ups are paying no heed towards this water shortage. We are badly suffering,” Pannu says.

Though he owns many acres of land, he and his family live a semi-nomadic life. Without enough water, the land is impossible to cultivate. Even though his wife, children, and other family members lower their buckets as far as 150 feet below ground level, the nearest well is running dry. Women, like Pannu’s wife, are often the ones walking barefoot in the blazing sun over many miles to fetch the water. And even after they find it, the quality can be very bad. 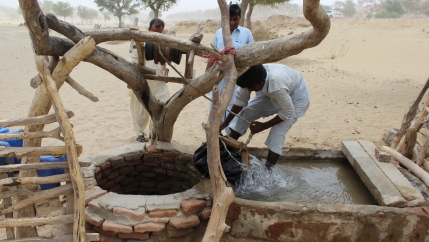 “The water of the wells in my area has become undrinkable,” says Mithi, Pannu’s wife, “The water level is getting lower day by day, and by drinking this muddy water our children are suffering from diarrhea and other stomach diseases. We are losing our animals, and to us, losing our animals is like losing a family member.”

So Pannu and his family must move on to find more water. “We are searching for water everywhere but it is really hard to find,” he says, “Our animals are dying and we have no water even for drinking.”

The onset of the monsoon season does little to help. The torrential rains will flood the rivers, which will destroy their lands and mud houses leaving hunger and disease. Villagers like Pannu believe that this uneven supply of water is only made worse by Pakistan’s water struggles with India. “India violated Indus Water Treaty and now the supply of water from the rivers flowing in Pakistan is going down,” he says, “In the near future, they will be almost inactive.”

But so far, Pannu’s predictions have not come to pass. The water issues often get mixed up in the larger political tensions between the two countries. According to this treaty, Pakistan has control of the water of western rivers (Jhelum, Chenab, and Indus) and India has control of the eastern rivers (Ravi, Beas, and Sutlej). Pakistan claims India has violated the treaty by constructing the Kishanganga Dam and Baglihar Dam on the Jhelum River, the river under Pakistan’s control. 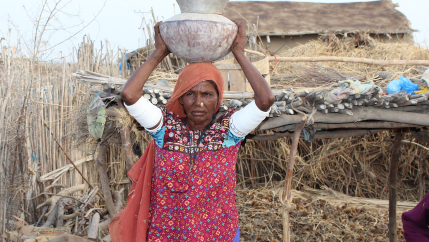 “It’s a matter of life and death for Pakistan. If our water is taken away from us, our agriculture will be affected severely and this actually happened last summer,” Pakistan’s former Foreign Office Spokesperson Abdul Basit argues. “We are also trying to build a run of river dams on these rivers which belong to us, but we don’t have water, so obviously our long term planning to overcome our energy deficit will also be hampered.”

Pakistan also argues that India has recently violated the treaty by starting construction on a new project on Kirthani hydropower in Jammu and Kashmir on the Chenab River. But in response to these charges, India says that it is abiding by accepted “run of the river” uses of the water: water flows through these dams for hydropower but then continues to flow through to Pakistan.

Razaul Hasan, an Indian political analyst, puts it this way. “There is a shortage of water even in India. The Indian leaders have been insisting that ‘Well, they are building projects in Jammu and Kashmir, but these are projects which are totally in the provision of the Indus Water Treaty.”

And so far, it seems that even through two outright wars, the treaty dispute-settlement system has worked, says David Michel. He is the director of the Environmental Security Center at the non-partisan Stimson Center in Washington. “Both India and Pakistan saw some of their concerns addressed by both decisions,” he says, “Neither side received total satisfaction but the projects in both cases were allowed to go forward with certain modifications that should address the major concerns of both countries.”

Another wrinkle in Pakistan’s position is that, domestically, Pakistan does not manage its water well. A lot of water goes to waste. And, according to Michel, Pakistan’s Punjab province is arguably diverting more water than what is fair from Sindh, even though they claim to be within the letter of the domestic water sharing agreement. “The difficulty is that Punjab, the most populous and politically most powerful province in Pakistan, lies upstream from Sindh,” he says, “It can take out its defined quantity of water under the agreement before the water reaches Sindh.”

Even so, Pakistan has one major legitimate concern, say treaty watchers like Michel. When you add up all the potential water infrastructure projects India has gotten permission to build over the years, the total effect could make Pakistan very vulnerable.  Michel says,

“Its that fear that India can manipulate the flow of the river over time that could potentially strangle Pakistan’s agriculture,” Michel says. “Pakistan is worried that, should it choose to do so, India could effectively throttle Pakistan’s food security and its domestic economy.” 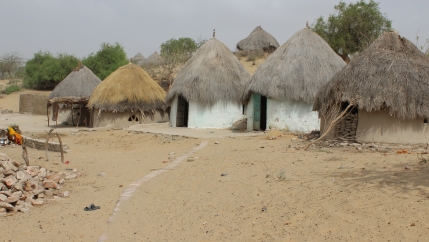 Back in Sindh, though Pannu and his family struggle on with little water, they have no lost hope. In the evening when they get together for dinner, they talk optimistically about a bright future. “I am sure that one day all these problems will be solved,” he says. “Our lands will be irrigated and that will open a new horizon of progress and prosperity for us.”